Where are you in your mesh journey

I’m curious readers - Are you newly diagnosed with a hernia or prolapse, incontinence? Is mesh being suggested as a treatment?

Or are you looking for a lawyer? Trying to monitor your trial docket? Just let me know where you are so I can better address your concerns. Thank you!! ~ jane a.

Pets- Do you care to elaborate? I’d love to hear what the settlement talks are these days. Do you have pelvic or hernia mesh? I will not share, just curious at this time. I’d like to do a chapter on settlements at a later date. If you don’t want to write her… share at jeakre@gmail.com… thank you!

How’s it going? Your settlement talks that is

I’m a pelvic mesh survivor exploring litigation. I’ve started working with KlineSpecter in Philadelphia. I’m just getting started so any suggestions are welcome.
Any attorney recommendations for PA? Any advice?

Welcome Miriammom! Kline Specter is generally good. Kila Baldwin especially. Be sure when you sign your retainer agreement you know what you are signing.

What is the percentage the firm will take? Is it calculated on a tier basis ie the first $100k takes 40 percent, the second is 33.3%…
How do they calculate additional expenses?
Since you are no longer part of the MDL - will there be a 5% common benefit fee?
That is their cost of doing business you might suggest- they should pay it.
Will they negotiate down any medical liens?
Will they keep you updated on a regular basis - specify that up top.
Who is your contact person? Get their phone and email.

this is a contract so like any contract, specify what you want up top!
Anyone else want to chime in- What do you with you had asked for in your contract with the law firm? Good luck.

In the matter of one week I was diagnosed first with the vaginal erosion, then after CT and further testing, found my mesh and bowel and possibly intestine are infected. Original surgeon is of course gone from the hospital. He was one of those that said “it’s not that kind of mesh”.
All doctors that have been involved currently seem to be very shady about it. There is no referral made yet even after current doctor made it clear that this was out of his realm. Tonight I am dead in the water an have no clue which direction to turn next. I am in Ohio looking for a surgeon that will remove a transvaginal mesh that was placed abdominally through a preexisting incision from a past spine surgery. Two days after placement and hysterectomy, I suffered a first ever seizure causing and incisional hernia to which a large mesh patch was used to make the repair resulting in a large “X” scar (think Aliens the movie). Now trying to find a doctor that can get through all of that and make a decent repair sounds like a complete fairy tale. If any one has information on Ohio surgeons or in the neighboring states I would appreciate the help. thank you

Hi Scarllett and Welcome! I’m sorry you hit the lottery here with two meshes! Check out these surgeons from our MND list of knowledgeable docs. These are hernia docs who might also be able to address the infected pelvic mesh. They would be a good place to start, especially since your pelvic mesh was placed abdominally. Had you ever had seizures before or do you believe it was in reaction to autoimmune, allergic, or any kind of reaction to the mesh placement?

In an unexpected turn, I called to make an appointment with Dr Veronikis in MO. That same evening he personally called me and we are scheduling a consultation after the current surgeon finally gets my records sent to them. Hurry up and wait as usual **shrug

I thought I’d share since I’ve finally reached the end of this nightmare.
2013 Sparc Sling. Instant retention and pain. Hospital trips to get catheter. Had to pretty much stand to pee.
2013 1st surgery to “Loosen” sling. Immediate pain w intercourse near my urethra.
2014 2nd Surgery to remove scar tissue at urethra. Surgeon nicked a hole in bladder but repaired. Still not better.
2014 Joined class action w lawyers out of Texas.
2015 Feeling like I am very sick, bit no one can find out why.
2016 I feel like I’m peeing out my vagina. I pee, then stand up and leak. Every time!.
2017 Diagnosed w Sjogrens
2018 Finally new surgeon believed me, and sure enough, I had a urethro vaginal fistula. Was repaired.
2019 Still sick, in pain, and jist over all of it. My research had led me to Dr. Una Lee in Seattle. I met her and scheduled complete mesh removal.
2020 5 hour surgery and urethral reconstructionusing my labia, 2 nights in hospital, 6 weeks w catheter. I feel better somehow, unfortunately when my catheter was removed I was completely incontinent. 44 wearing diapers. 2 trips back to Seattle for a bulking agent in my urethra. 1st time helped some, 2nd not at all.
2021 Received my settlement. 7 years and 4 months later. I ended up w 50%. I never once spoke to my lawyer. I signed for 6 figures originally, but you get the drift. Only my 1st 2 surgeries were considered, and now I’ve given up my right to further get damages.
2021 Surgery for Fascia Sling using tissue from my thigh. I have a supra pubic catheter this time for 4 weeks and I’m heading to Seattle for removal this week. Not completely sure of outcome yet.

I do know, this is my last surgery. I am done. If I need diapers, so be it.
I HAVE NEVER IN MY LIFE BEEN TREATED SO HORRIBLY AS I WAS FROM EVERYONE INVOLVED IN THE SUIT.
I am pretty sure I have PTSD, from this whole thing. They stole years of my life. I’m trying to forgive and move on, but not there yet.
Dr. Lee saved my life. She believed me, she believed in me, and she knew what I needed.
If I only knew then what I know now.
Ugh

Continue the fight ladies. I send you all love. We didn’t deserve this. Someday this will come out as the worse travesty against women in American history. I sure hope so anyway. Xoxoxoxox

Welcome, Scarllett ~ I think it’s very good that Dr. V called you personally…You know he needs the records and you wouldn’t want him to say anything without full knowledge from the paperwork. You are in good hands. ja

Let us know how your settlement is going Pets, and welcome to the community! Remember the Common benefit fund - it is likely negotiable with your law firm if you know what to say.
They are hoping you don’t.

Once I am called by my atty with the offer, if I am not happy what do I need to tell them? Mine was fairly serious with multiple surgeries and ongoing medical issues.

That’s a difficult question. On one hand, it could be over. On the other hand, you are not happy.

How far off is the offer? How willing is your lawyer to work with you? You understand that he/she does not get paid until you do, so they have some incentive to make you happy. They will not tell you that necessarily.

ARe you expected to pay the common benefit fee of 5% (assuming you were part of the MDL). That can generally be renegotiated. Were there any outstanding loans, medical expenses that need to be reimbursed? Again, the lawyer can work on your behalf to negotiate that downward. It’s amazing how much flexibility there is when everyone is on the verge of being paid.

So without knowing more, those are some of the considerations. Write me if you want jeakre@gmail.com. We can discuss specifics, although I am not a lawyer. I am hoping yours is doing his/her best for you! Stay well,
jane a.

Hi my name is Shane Cook. I was 42 in 2016 when I had a hernia repair with Parietex composite mesh.
I had pain after the repair until I had it removed in December 2019.
I like every mesh injured person was neglected and my concerns about the mesh being the cause was totally ignored.
I am an advocate for Mesh Awareness in Queensland, Australia.
I have an expert clinical report confirming that I was neglected by the Qld health system, and my treatment was below the expected level of care.
I learnt that the Parietex mesh was passed by the TGA which is similar to the FDA without undergoing any human or clinical trials, and that Australian surgeons use this mesh regularly on unsuspecting patients who aren’t being fully informed of the risks and complications associated with hernia mesh and in fact are being used as Guinea Pigs.
There are no lawfirms in Australia who are taking on Hernia Mesh Class Action cases, and trying to get a medical negligence claim in Queensland is nearly impossible.
If you have contacts in Australia who are willing to take on class actions or who would take a medical negligence case, I’d be grateful for their details.
There is a facebook support group with over 1,200 members that would also love a law firm willing to take their cases…
I had to fight the system to get my mesh removed, and against the surgeons strong attempts to advise me against him removing the mesh telling me that he doesn’t believe that he could fix what was wrong with me, but I’d been coached on what to say so that the surgeon had no choice but to follow protocol and respect my request to remove it.
I was bedridden and dying before I had it removed. I couldn’t move without being in intense pain and dependant on a wheelie walker for mobility.
I am better now that I have had it removed, but I am still living with chronic pain and I’m at high risk of reherniating.
This assault on our bodies must be stopped.
Here is the link for the story that was done 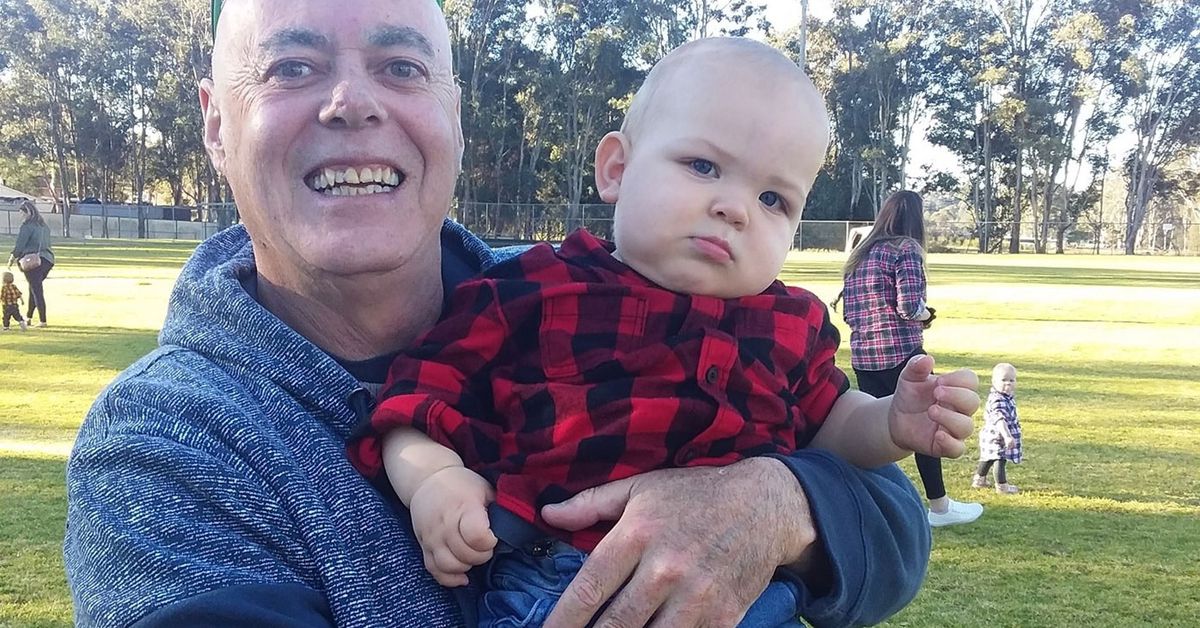 'Not just a women's problem': Mesh injured men call for inquiry into hernia...

I had mesh put in for a hernia in 1994. Immediately had problems including internal bleeding.
Continued to have pain for 17 years before a surgeon recognized it as aa Meshoma and took out the infected mesh in 2011. I continue to have chronic pain and with a recent knee replacement on the same left side the pain is constant and I cannot even sleep!
I would love to find a lawyer that doesn’t tell me, “I waited too long”. I didn’t even know what was wrong with me until they opened me up in 2011 and saw the mess that the mesh had caused. I had seen countless doctors during this time searching for relief. I have all of my medical records from 1994 to now.
Thank you,
Kathy

Felt Bladder mesh/sling 'Pop" and ‘loosen’ before 6 week checkup. Have suffered much since this surgery (daily bladder/bowel incontinence)with other professional consults (helped to explain the surgeries done w/o further invasive surgery). Finally had Medtronic E-Stim inserted Oct. 2020 at suggestion of newly consulted GYN and Colon/Rectal Surgeon. Results minimally satisfactory. Worked as Nurse Practitioner and finally retired 11/2017 due to inability to manage duties. Houston Law Group, Houston, Tx. offering at present $11,000 in Coloplast settlement. Have not accepted offer yet. Have NOT been able to even sit down with a lawyer; send details and have been turned down multiple times. First time reading about Neurogenic Complications which seem very plausible. Thanks for reading/listening.

I am needing help finding an experienced Surgeon for a non-mesh inguinal hernia repair. I researched online for several hours and have only found a handful and would like to know all my options. Thanks! - Caleb